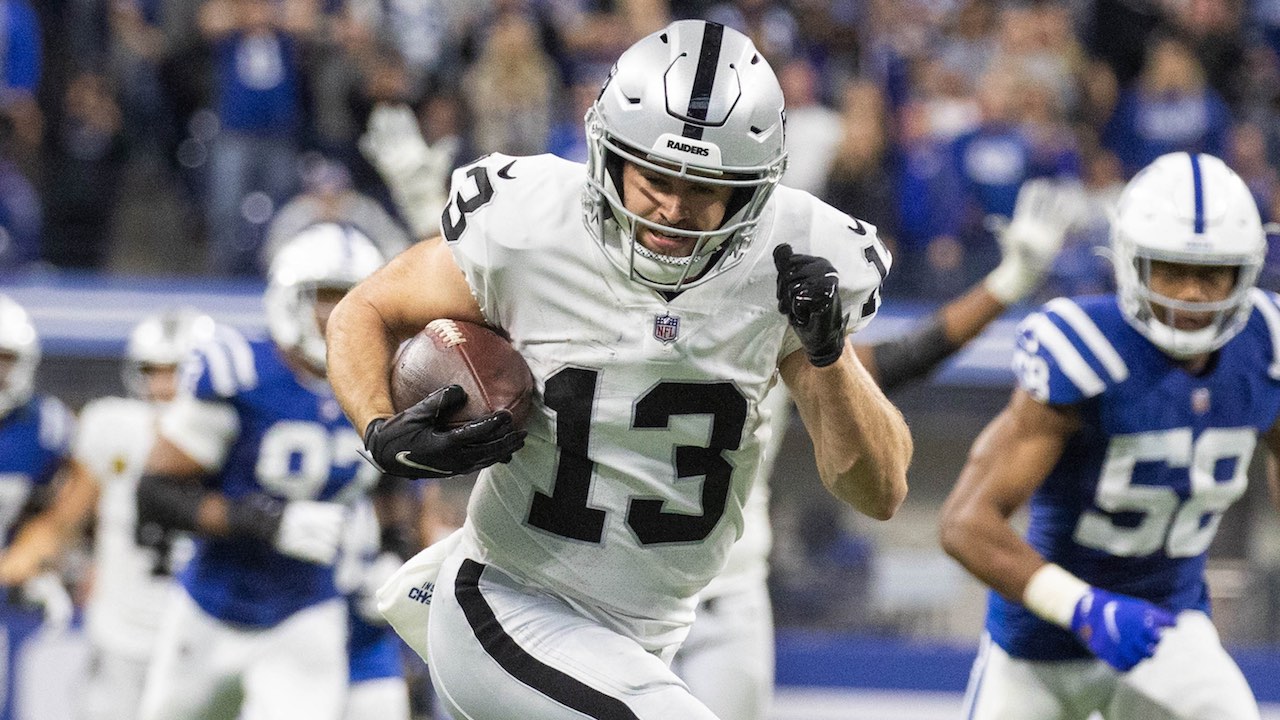 Joe Burrow (knee) is sitting out with Joe Mixon on the COVID/reserve list. We don’t expect the Bengals to keep J’Marr Chase and Tee Higgins out there long even though they could start. Boyd should remain on the field though as the primary slot receiver and short route option for Brandon Allen. Cleveland’s defense gets a gift by not having to face the red hot Bengals’ best threats. However, Burrow is one of the three quarterbacks who they’ve held scoreless in 2021.

Darnell Mooney, Chicago Bears at Minnesota Vikings
I generally feel a lot better with Mooney when Andy Dalton is throwing the football. Mooney has had three of his best games (Week 11, 12, and 17) with Dalton under center.

KJ Osborn, Minnesota Vikings vs. Chicago Bears
Osborn was elevated to the Vikings WR2 after Adam Thielen went on the IR. He’s managed to enter that high flex/low-end WR2 conversation since. Mostly because he’s scored a touchdown in four of his last five games. He’s been an excellent flex play since December 5th, and gets a consistent number of targets (5-9) that assure his owners he’s worth the regular start.

Mike Williams / Keenan Allen, Los Angeles Chargers at Las Vegas Raiders
Look for the Chargers to be aggressive in their approach to the Raiders defense. Casey Hayward suffered an ankle injury in practice and was added late, making him questionable for Monday night. The Raiders are not usually a fruitful matchup for receivers, but the best weapon the Chargers have is their pass attack with Justin Herbert.