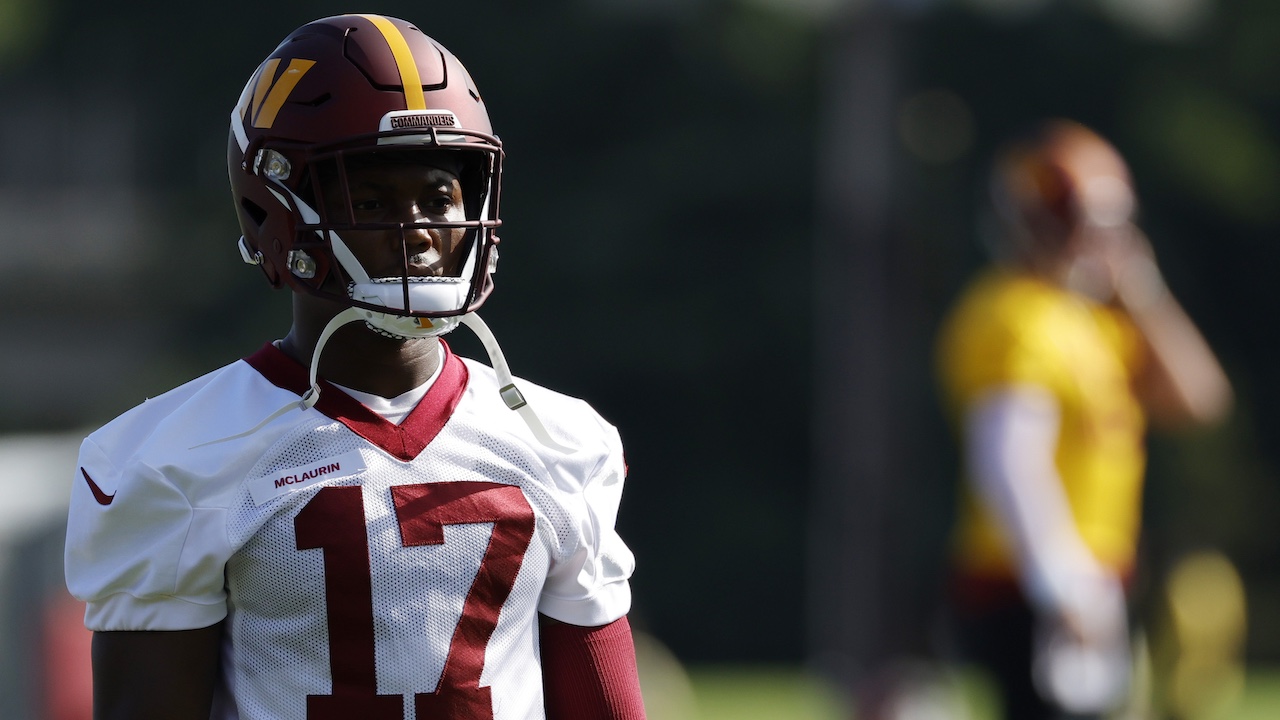 Terry McLaurin will torch the Jacksonville Jaguars for OVER 58.5 yards (-110) BetMGM

Jacksonville made some upgrades to their defense because they needed it. They were below average in stopping both the run and pass. But we wonder if they did enough to address their secondary. Darious Williams came over after spending three seasons with the Rams. He brings over his Super Bowl winning experience to a team that needs more playmakers. Shaq Griffin and Tyson Campbell round out the other starting corners who could both improve a lot from last season.

They’ll have two speedsters to cover in Terry McLaurin and Jahan Dotson. McLaurin especially is the one they’ll game plan around because he produces no matter who is throwing to him. In his three seasons, McLaurin has caught passes from Case Keenum, Dwayne Haskins, Taylor Heinicke, and Alex Smith. Carson Wentz, believe it or not, might be the best quarterback he’s had yet.

Wentz for his career, is throwing an average of 239.7 yards per game. With the Colts last year, he tied his second-most touchdowns (27) while throwing just seven picks. In fantasy, you want a QB who can get you to 30 scores. He just fell shy.

Wentz gets a lot of grief, but he does have an overall Passer Rating of 90.1. It’s his QBR (60.1) that can use a bump up. The Commanders are a good fit for him and he’ll be better than most want to give him credit for. Because Wentz is being underrated here, I think that’s why McLaurin’s over/under receiving yards is down, especially against the Jaguars. That’s why I think he’ll exceed his Player Prop of 58.5 yards.