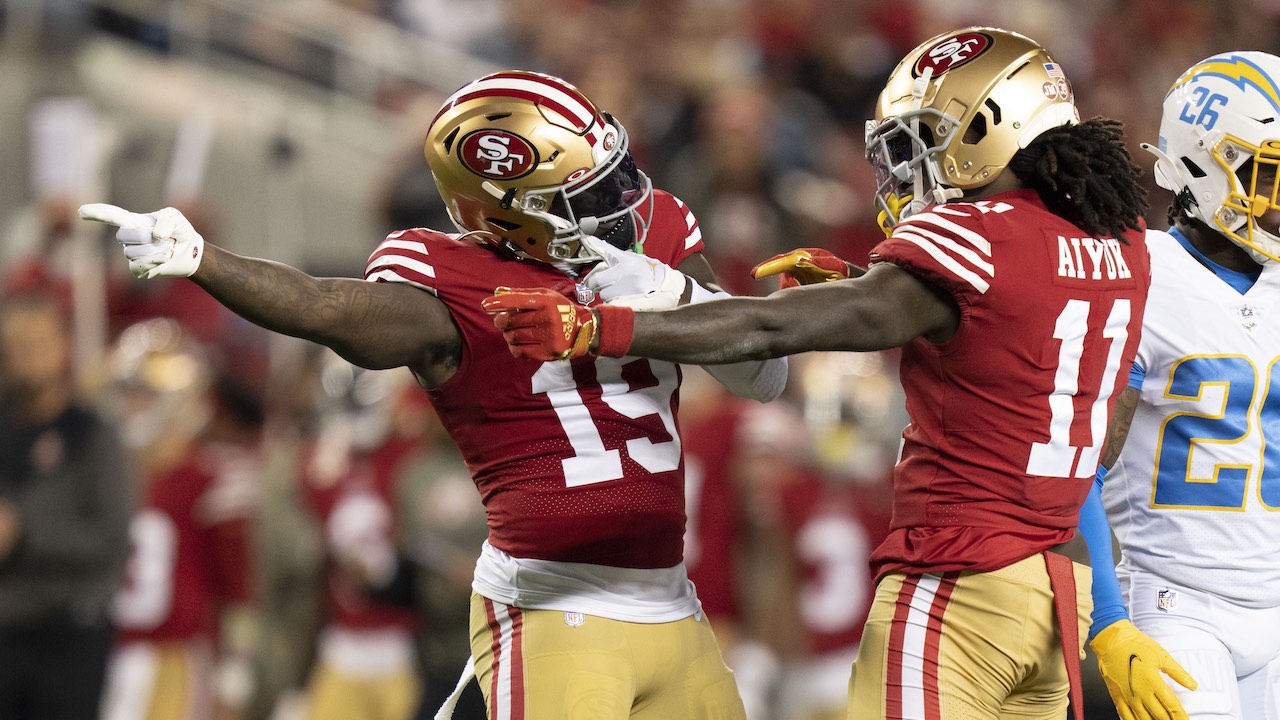 Welcome, Bruno Boys Nation to the Week 11 of the 2022 NFL Season! Along with the variety of fantasy football formats, we cover Player Prop bets. So in case you just want some quick action for the weekend, Ernie Estrella is tackling Player Prop betting during the season. He will break down and handful of the wiser bets at quarterback, running back and wide receiver, based on how he sees the game script going.

Jimmy Garoppolo is averaging just under 30 pass attempts per game. Leading the team in receptions (44), yards (567) and targets (62) is surprisingly Aiyuk and not Deebo Samuel. It goes to show Aiyuk’s maturation and development in the last year considering that he spent much of 2021 in the dog house. But to his credit, Aiyuk has been a solid WR2 in PPR so far.

Where he’s fallen short is scoring touchdowns. He has four scores but they’ve happened in Weeks 3, 6, and 8. So the inconsistency in red zone targets is there. This is the problem that San Francisco has to figure out, because they have two dynamic running backs, two wide receivers and a stud tight end who can all make plays and find the end zone.

Aiyuk comes into Monday Night with four straight games with at least six receptions and 80 yards receiving. That’s the consistency we are looking for in a prop bet. Now the Cardinals have allowed just six receivers to catch 65+ yards. It will be real close to see him get to 80 yards again, but for this prop, he only needs to get 55 yards. That’s something that should be in his reach.

At Aiyuk’s 12.9 yards per catch average, it should only take him five catches to beat both props.