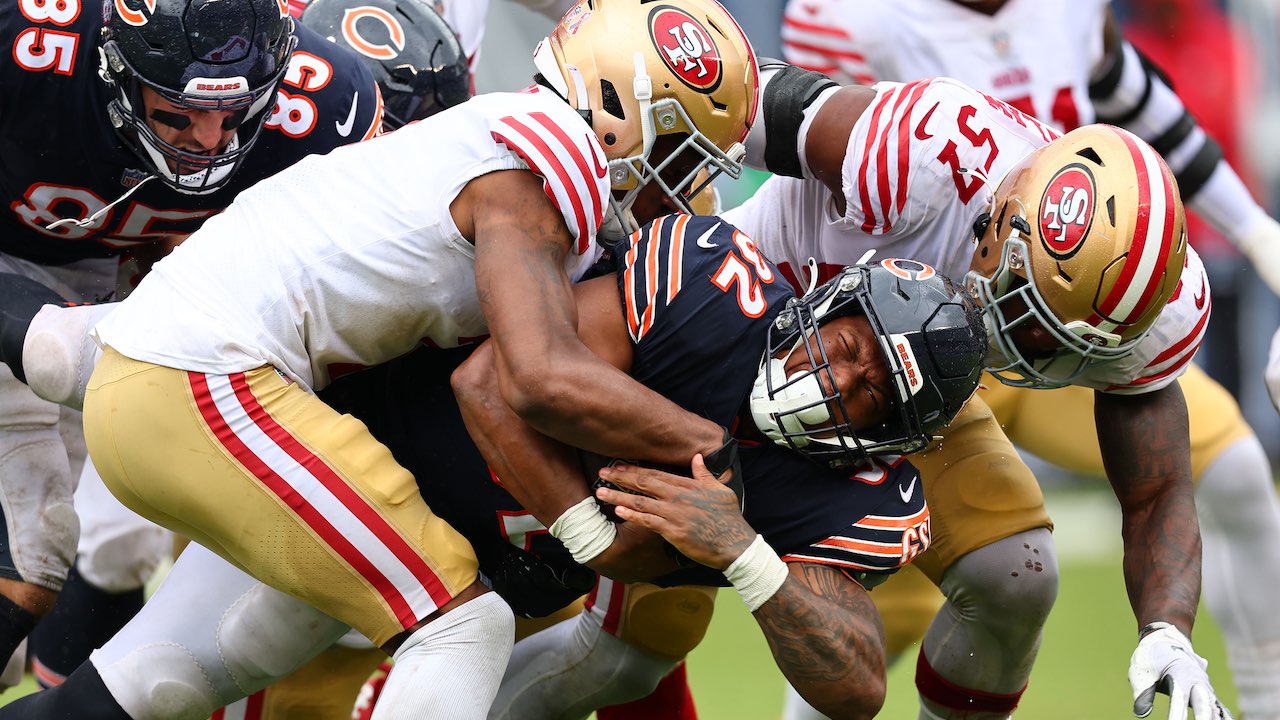 David Montgomery will rush OVER 69.5 touchdowns (-110 FanDuel) against the Texans.

Contrary to teams like the Bills and Bengals, the Chicago Bears are handcuffing their young quarterback, Justin Fields. Through two games, he has attempted only 28 passes, and completing 15 of them. That means the Bears make no secrets what they want to do and how they want to beat you. They’re going to run the ball.

Now we get to the good part. The Texans give up a league-high 287 rushing yards to the running back. They also allow the 7th-most fantasy points to the position. This is why we are betting on Montgomery rushing OVER 69.5 yards against the Texans.