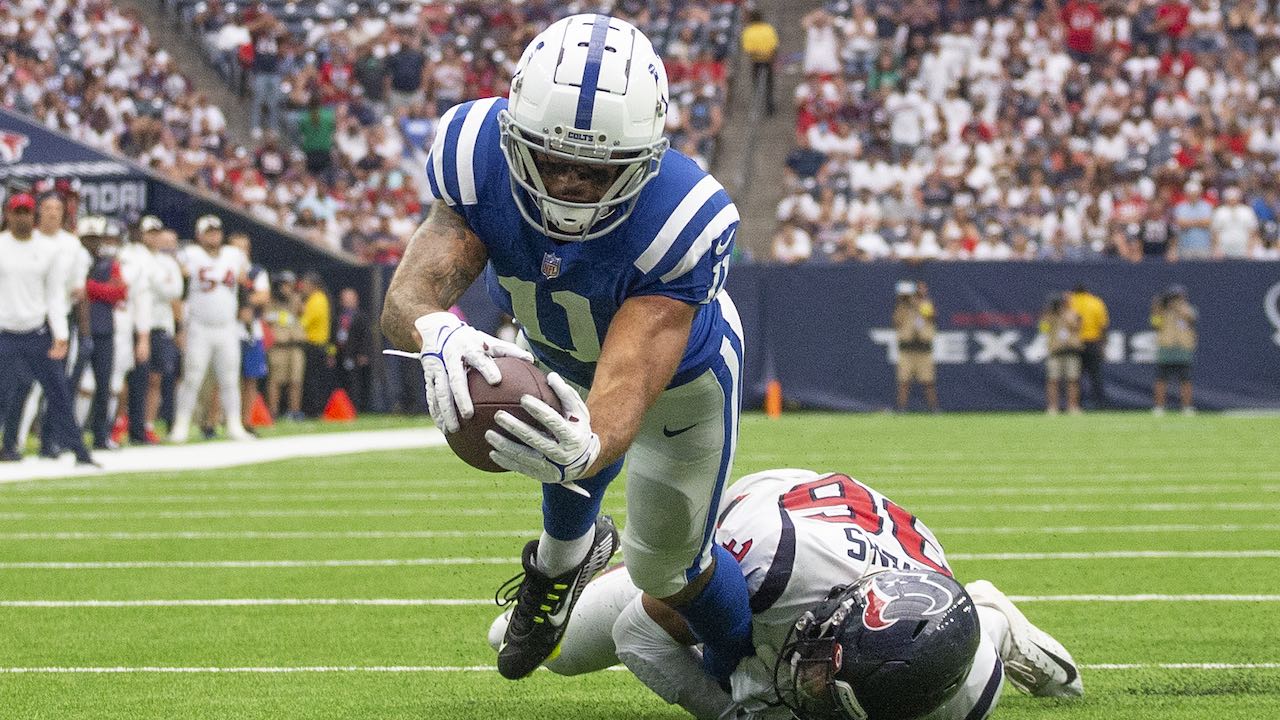 Michael Pittman will receive OVER 5.5 receptions (-115 BetRivers) against the Chiefs.

Indianapolis’ top receiver, Michael Pittman returned to practice in full on Friday and that will restore some normalcy in the Colts offense. Pittman is clearly Matt Ryan’s favorite target, catching 9-of-13 targets for 121 yards and a touchdown in Week 1. Based on what we’ve seen in the first two games, the Colts could be throwing more than we anticipated.

They’ve thrown 60.1 percent of the time and that’s with Jonathan Taylor in the backfield. Taylor had 35 touches in Week 1 but a surprising Jacksonville Jaguars defense silenced Taylor for just 10 touches and 63 total yards. While Pittman was nursing his quad injury last week, Ashton Dulin filled in and caught 5-of-7 targets for 79 yards.  So regardless of Taylor’s run load, the Colts plan on throwing. What we gather from this is, Pittman is not in a run-heavy or run-first offense.

The Chiefs typically have a bend but don’t break type of defense. They come up with big plays but they’ve already allowed three different receivers to score touchdowns against them, amongst them were Mike Williams and Marquise Brown. Michael Pittman could have anywhere from a solid to breakout game against the Chiefs. Whatever happens from a yards and touchdown standpoint is questionable, but a high volume of receptions, OVER 5.5 is one thing we can expect.