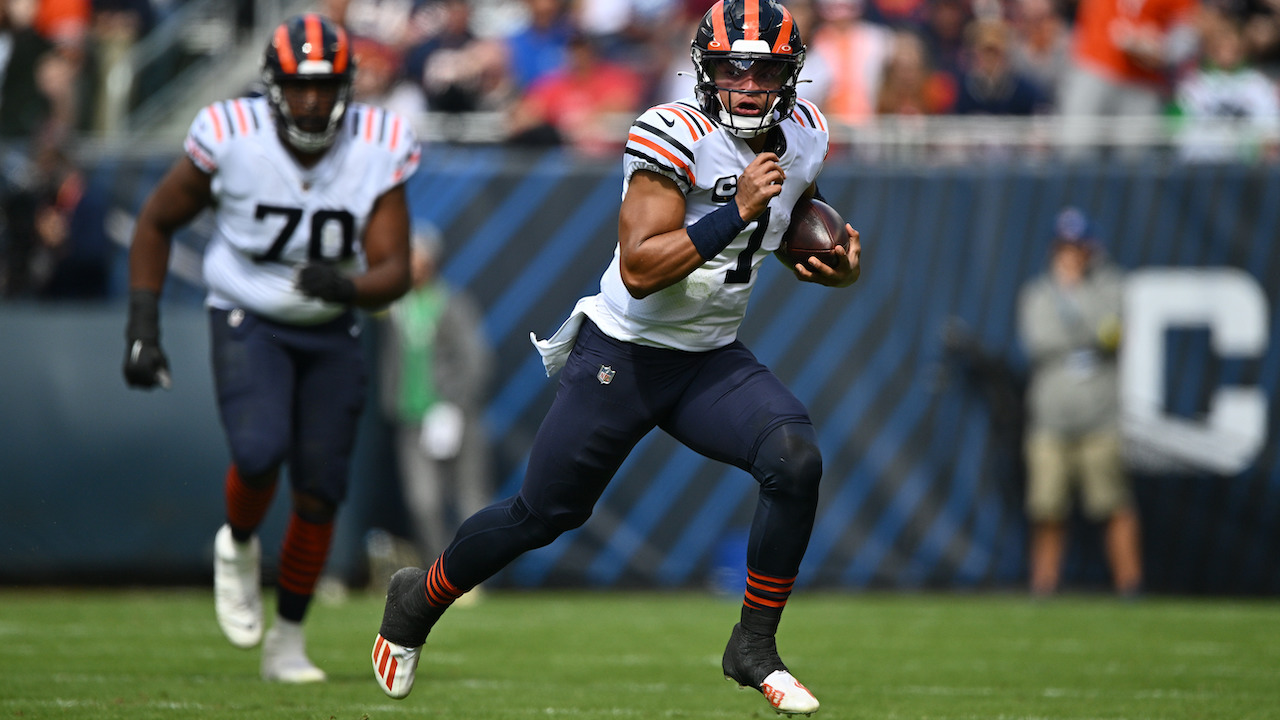 Welcome, Bruno Boys Nation to the Week 4 of the 2022 NFL Season! Along with the variety of fantasy football formats, we cover Player Prop bets. So in case you just want some quick action for the weekend, Ernie Estrella is tackling Player Prop betting during the season. He will break down the wiser bets for five players (2 in-depth, 3 quick) at quarterback, running back and wide receiver, based on how he sees the game script going.

Justin Fields will throw UNDER 13.5 completions (-104 BetRivers) against the Giants

Something that’s become a strange phenomenon, is betting on how bad Justin Fields can play or on how much the Bears want to hold this young quarterback. It’s clear by the Bears running the ball 70 percent of the time, that they do not want Fields throwing the ball. He has yet to throw the ball more than 17 times in a game and has yet to clear 10 completions in a game. It’s made owning the skill players around Fields next to impossible to start in fantasy and it’s a ghastly scene to watch each week. If not for the Khalil Herbert, the Bears would be unwatchable.

This week Fields has a matchup against the Giants, which could be a matchup that’s enticing to bet on. The Giants have held three quarterbacks somewhat in check. Ryan Tannehill, Baker Mayfield and Cooper Rush have combines for just four touchdowns and 626 yards. That’s an average of 208.6 yards per game… for the average quarterback.

But Fields, his yardage prop is 147.5, which we almost took since he barely cleared 120 yards in Week 1 and hasn’t come close to it since. Given how little Fields is passing the ball, we’re going to comfortable bet the UNDER on 13.5 completions. By the way, Fields yet to complete more than eight passes in any game this year.