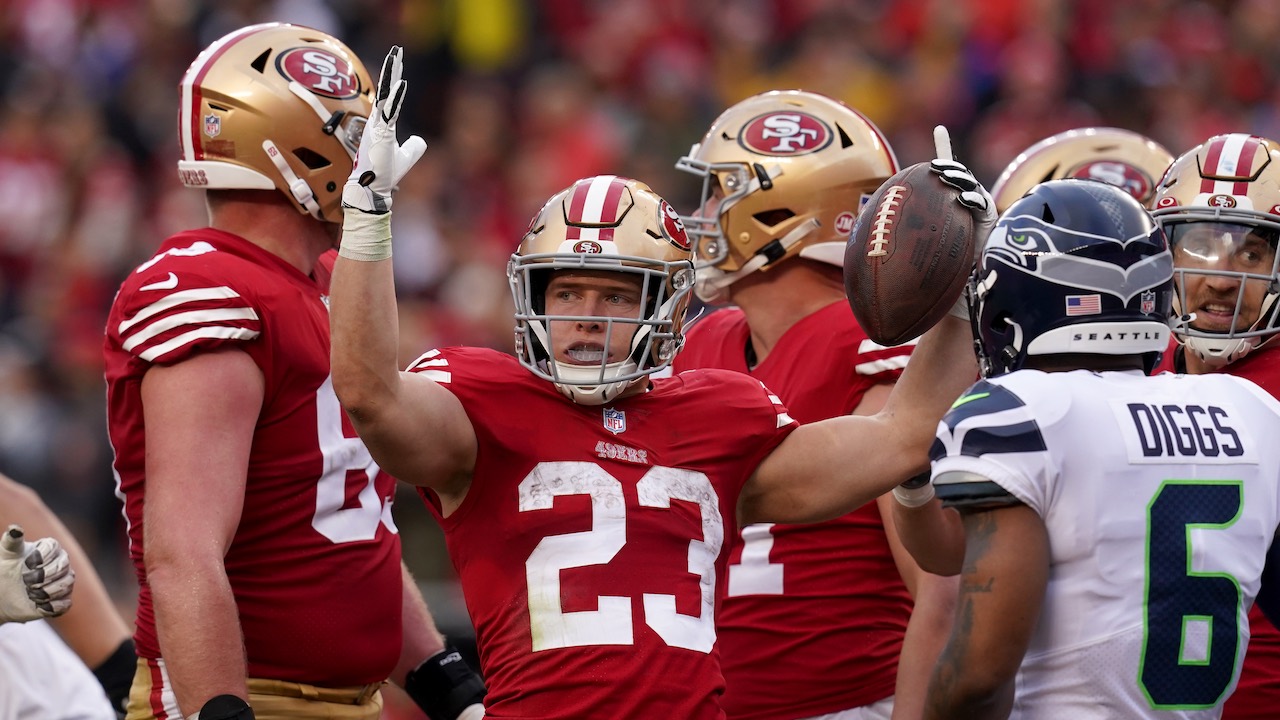 Welcome, Bruno Boys Nation to the Week 20 of the 2022 NFL Season! Along with the variety of fantasy football formats, we cover Player Prop bets. So in case you just want some quick action for the weekend, Ernie Estrella is tackling Player Prop betting during the season. He will break down the wiser bets for five players (2 in-depth, 3 quick) at quarterback, running back and wide receiver, based on how he sees the game script going.

Christian McCaffery will rush OVER 67.5 yards (-110 FanDuel) against the Cowboys

McCaffery is in a real groove headed into the playoffs. He went over the century mark in rushing yards, in three of his last five games. One of those games he didn’t was the last game of the season where the Niners rested their starters early in a blowout win against the Cardinals. Against the Seahawks in Wild Card Weekend, CMC only needed 15 carries to rush for 119 yards.

Much has been made about the Dallas run defense and it’s all true. They’re legit as opposed to their pass defense which has suffered some health hits in recent weeks. Still, no one has rushed a touchdown on them since Week 14 and only six running backs total have scored against the Cowboys.

However, while they don’t give up a lot of receiving yards and points, running backs can accumulate yardage on Dallas. 11 times they’ve surrendered at least 70 yards rushing and this is going to be an absolute brawl in the trenches. Ultimately, CMC will get plenty of volume as Kyle Shanahan will look to minimize the risks taken by Brock Purdy and feed McCaffrey and to a lesser extent, Eli Mitchell the ball heavily, and with volume, comes yardage.