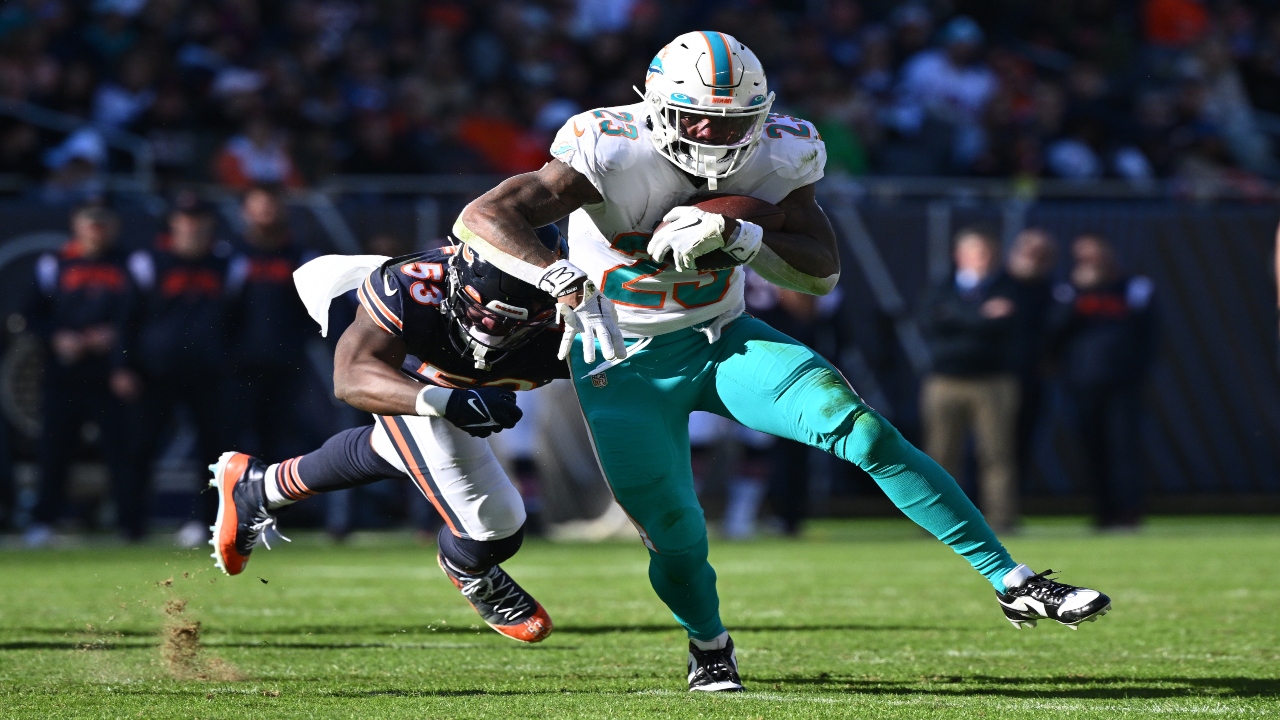 Week 9 of the 2022 NFL season is almost in the books, with Sunday and Monday night games to be completed. But fantasy football managers can and should be looking ahead to the new week for waiver wire adds already. The Baltimore Ravens, Cincinnati Bengals, New England Patriots and New York Jets are on bye in Week 10.

Fields completed 17 of 28 passes for 123 yards against the Miami Dolphins on Sunday. He also had three touchdowns through the air, one rushing score and 178 yards on the ground (an NFL record for rushing yards by a quarterback). It seem unlikely he’ll be unseated as the QB1 for Week 9, with 42.72 fantasy points.

Both were better on Sunday, which is worth noting. But Fields’ next two opponents (Detroit Lions-Week 10, Atlanta Falcons-Week 11) entered Week 9 allowing the second and third-most fantasy points to quarterbacks this season (Yahoo! scoring). Before a Week 14 bye, tougher matchups do loom in Week 12 (New York Jets) and Week 13 (Green Bay Packers).

Fields is somehow still available in over half of ESPN leagues. For that matter, his being available in more than 30 percent of Yahoo! leagues is too much. That bye week is ill-timed from a fantasy playoffs perspective. But at this point the Bears’ young signal caller can get you there as a weekly starting option.