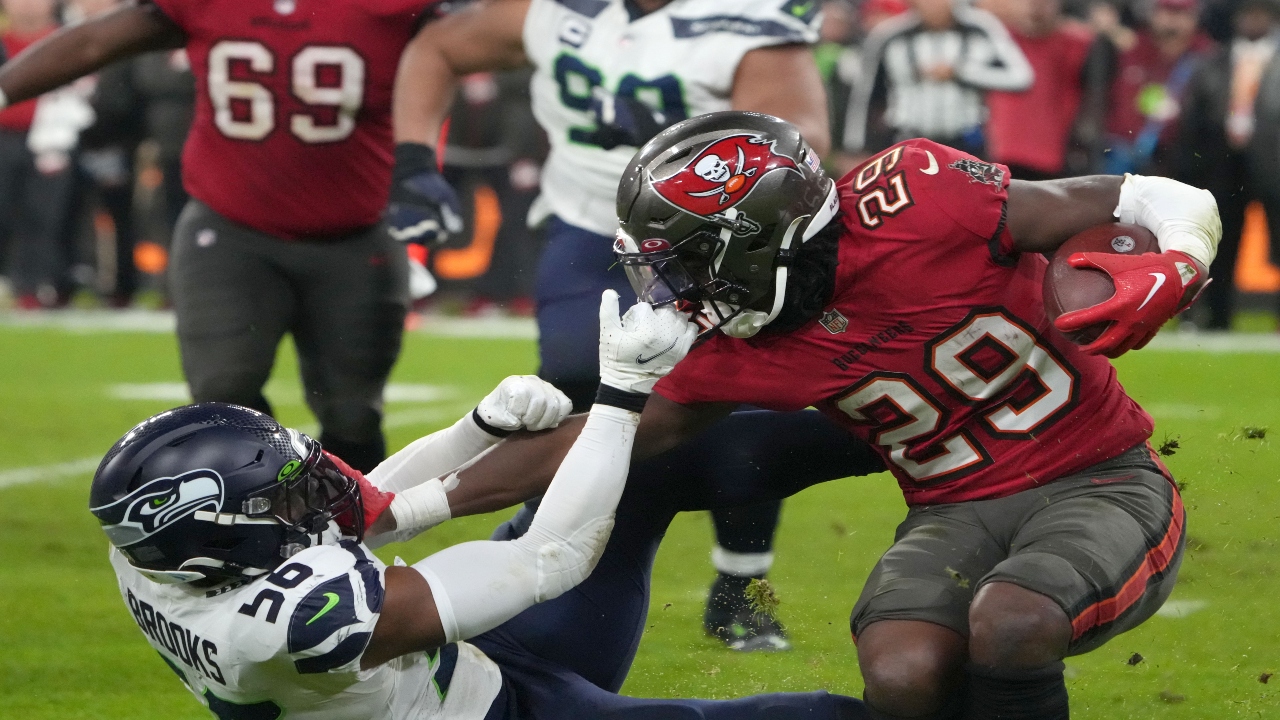 Week 10 of the 2022 NFL season is almost in the books, with Sunday and Monday night games to be completed. But fantasy football managers can and should be looking ahead to the new week for waiver wire adds already. The Tampa Bay Buccaneers, Seattle Seahawks, Miami Dolphins and Jacksonville Jaguars are on bye in Week 11.

Tampa Bay’s ground game got on track in Munich on Sunday against the Seattle Seahawks, led by White’s career-best outing of 22 carries for 105 yards. Leonard Fournette remained involved (14 carries for 57 yards and a touchdown), but he was out of the game late due to a hip issue.

After their trip to Germany, Tampa Bay now heads into a bye in Week 11. But White’s increased role came to full bloom on Sunday. Even if Fournette is good to go after the week off, the rookie back has at least earned a more equal timeshare.

White has slowly been rostered in more fantasy leagues as the weeks have gone on, but he’s still very widely available. He should be added in all 12-team leagues where he’s available, with the upcoming bye week a moot point to a potential RB1 late in the fantasy regular season and into the playoffs.