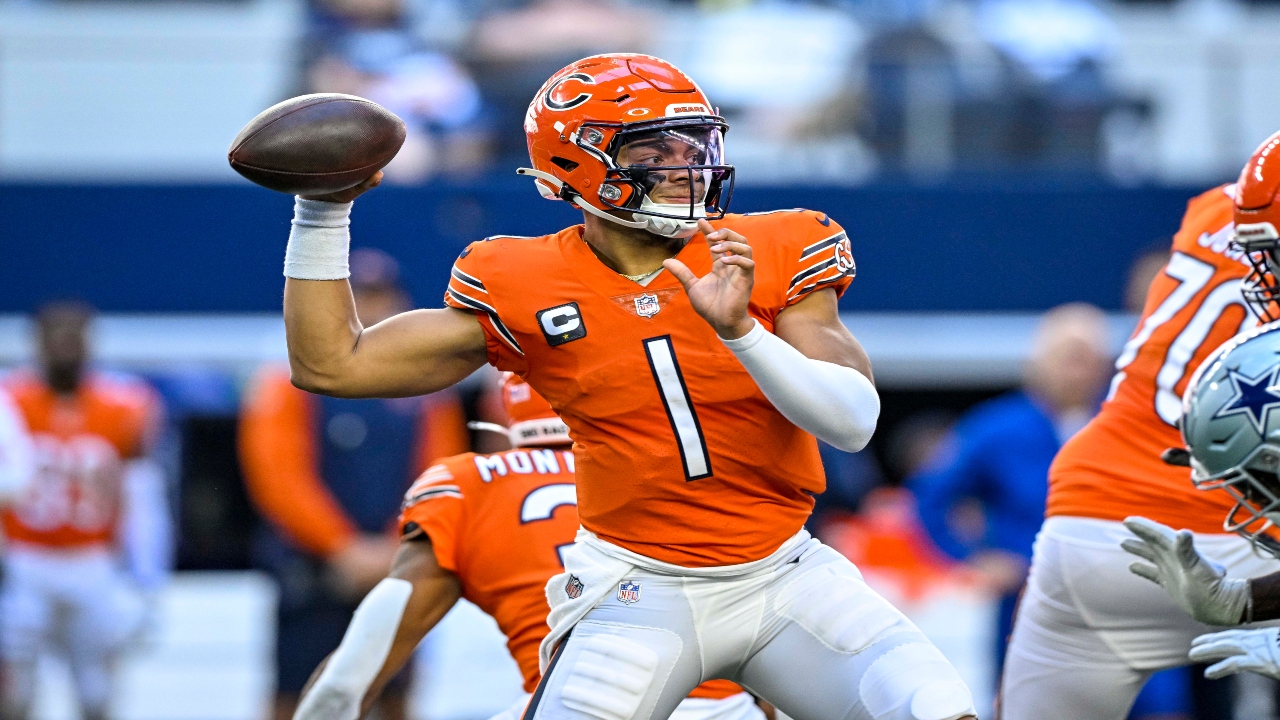 Week 8 of the 2022 NFL season is almost in the books, with Sunday and Monday night games to be completed. But fantasy football managers can and should be looking ahead for waiver wire adds already. Week 9 is a heavy bye week, with the Dallas Cowboys, Pittsburgh Steelers, New York Giants, Cleveland Browns, Denver Broncos and San Francisco 49ers idle.

Herbert had 16 carries for 99 yards and a touchdown on Sunday against the Dallas Cowboys. He has scored in back-to-back games, via ground and air, and he has topped 60 rushing yards in three straight. Perhaps most importantly though he had one more carry than David Montgomery (15 carries for 53 yards) on Sunday.

Week 9-Week 13 brings a set of solid matchups for the Bears’ running backs, against the Miami Dolphins, Detroit Lions, Atlanta Falcons, New York Jets and Green Bay Packers. Montgomery will be on starting radar, but Herbert will be as well and his upside is higher.

Herbert has somehow remained available in over half of ESPN leagues, and more than one-third of Yahoo! leagues. If Montgomery ever misses a game, as we’ve seen before, the second-year man has RB1 upside. He should be rostered in all 12-team leagues.