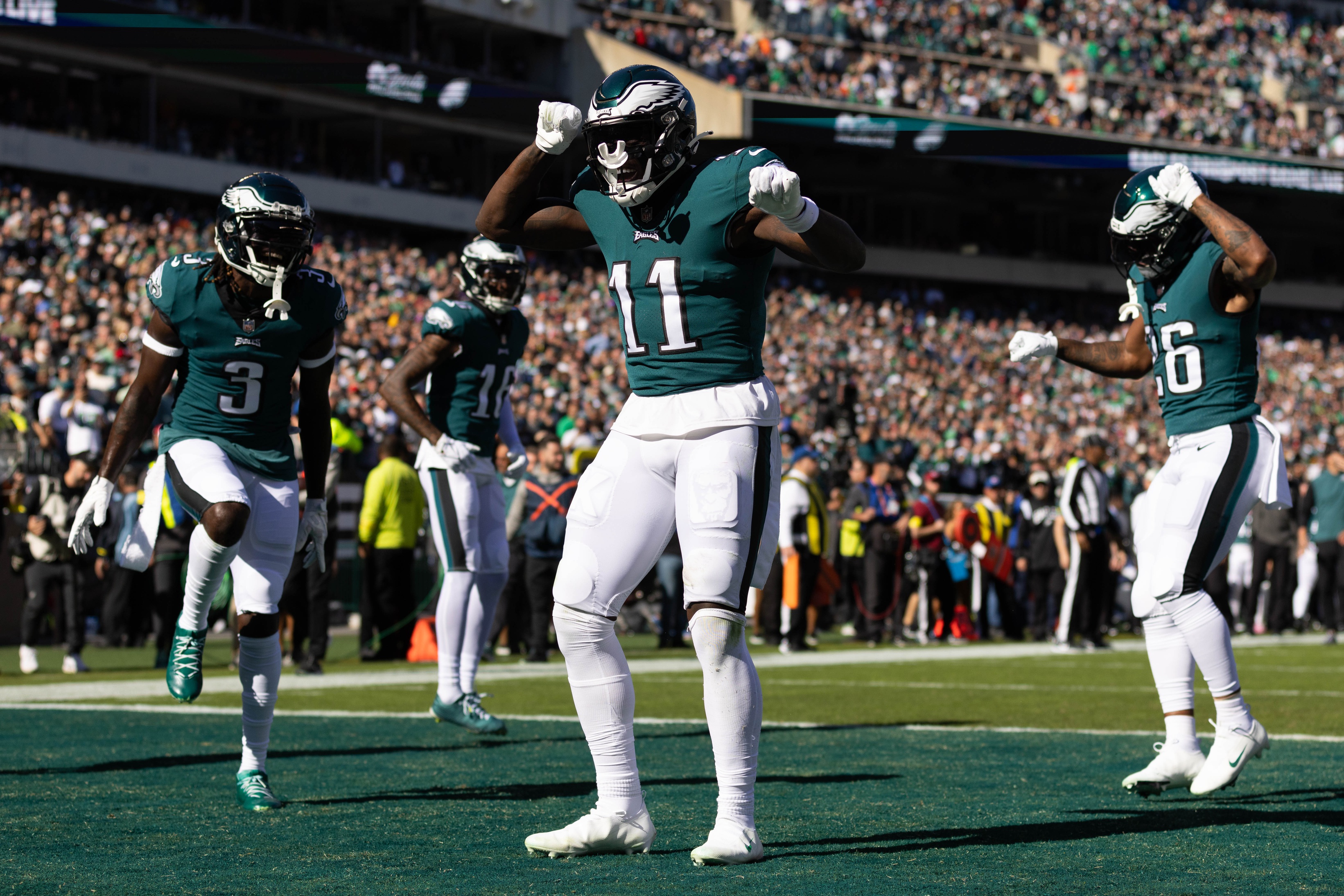 Week 9 of the NFL season has arrived. An interconference matchup between the undefeated Philadelphia Eagles and the last place Houston Texans. Team TNT and Bruno Boys nation come off a solid Sunday on last weeks featured article. A 2-1 record for a positive 2.1 Units.

We’ve Arrived too Week 9 of the NFL season. What better way to get the blood flowing then what should be an absolute bloodbath on amazon prime. Philadelphia has remained an easy two TD favorite since the lines opened. One team that’s playing for the draft and one team that’s still chasing the history books.

There’s not much to this one. Philadelphia is the better team 1-53. The players and coaching believe they have something special brewing. The offseason addition of AJ brown has solidified this teams place as one of the most dynamic in the league.

As for Houston we’ve seen just about all we need to. 8 weeks of football has shown exactly what this football team is and where they deserve to be. The numbers however can be a little deceiving. Houston enters tonight’s game 13th in total team defense but quality of opponents has been exactly what you’d think it would be. Bottom barrel of the AFC South Colts and Jaguars with the Broncos and Bears added to the mix. Houston really hasnt played a dynamic offense that will attacked from 3 levels.

This one isn’t going to be pretty. Let’s dig in.